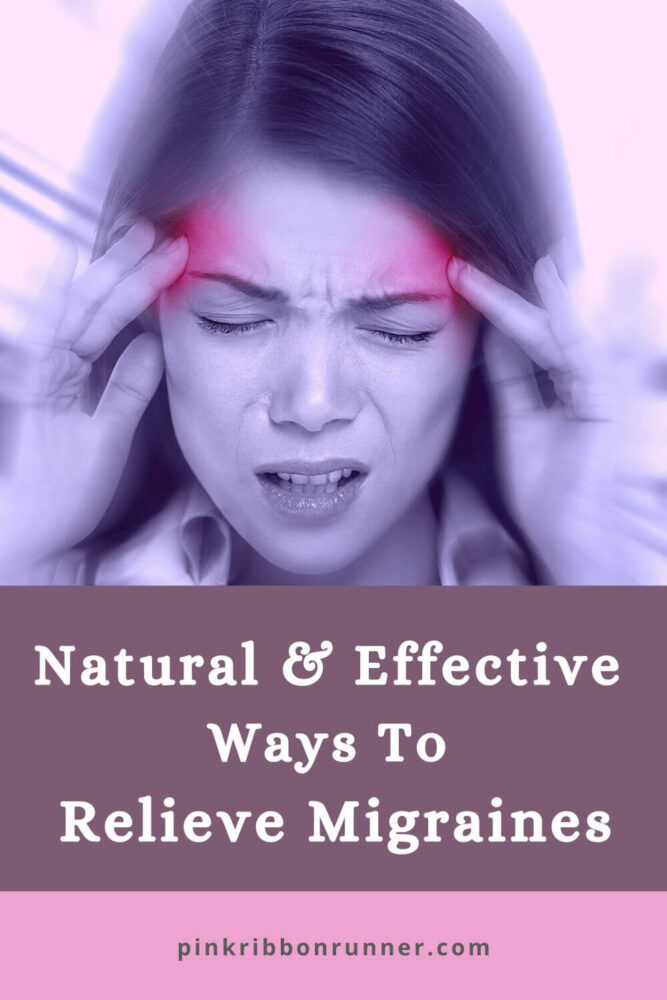 Many people, especially cancer patients and survivors, suffer from migraines.  Whether it is from chemotherapy medications, hormonal treatments, such as tamoxifen or aromatase inhibitors, or other causes, migraines can be debilitating. While you should discuss any headache side effects with your doctor, there are some effective ways to relieve your migraine symptoms at home.  Debbie Woodliffe, a health writer and guest author, tells us about 8 natural ways to relieve migraines.

8 Natural and Effective Ways to Relieve Migraines at Home

From excruciating pain to disorientating visual auras, migraines can be incredibly destructive to your life. Whether they’re everyday headaches or the result of cancer treatments, we don’t need to suffer unaided. That’s why in this article, we’ll explore:

So, if you’re ready to discover some natural and cheaper ways to combat migraine pain, keep reading…

Migraines are Not Typical Headaches

Migraines can range from being an irritation to completely debilitating. They aren’t like a typical headache with localized pain that dissipates in a few hours. Migraines are far more intense and often come with other symptoms that can last for days.

There are different types of migraine, and symptoms can vary widely from person to person. Some people may experience partial vision loss, vertigo, and sickness, whilst others may experience the aura without a headache. So, let’s look at some of the things to look out for:

What Are the Signs and Symptoms of Migraines?


So, what makes a migraine different from a headache? It’s different for everyone, but some general signs and symptoms indicating it’s a migraine include:

You may only experience one or two symptoms, or you may have several at once. They can change as you move through a migraine, but some sufferers learn the common signs they experience and can tell if one is coming.

Is My Migraine from a Brain Tumor?

Some worry that an increase in migraines or headaches can be down to a more serious illness such as brain tumors, though neurosurgeons say that’s very unlikely. You should consider speaking to your doctor if your headaches or migraines change or if you have a new kind of headache or migraine. Things like seizures, numbness, speech issues or swelling, and other neurological issues are more likely to be signals of a brain problem than a migraine.

What Is a Migraine Aura?

The term migraine aura refers to a series of visual disturbances that tend to happen before a migraine fully develops. They are temporary and are often not associated with pain. However, they can be very distressing – especially if they come on during a task that requires concentration, such as driving or working.

These migraine visual disturbances include:

It’s not known what exactly causes migraines. One thought is that it might be genetic. Many people that suffer from migraines will also report that a close relative, such as a parent or grandparent, suffers from them.

However, most people will have certain triggers that can cause a migraine. If you suffer from migraines but aren’t sure why then it’s a good idea to keep a journal to track the specific circumstances to help get a better idea.

Migraine triggers could be:

Some medications can also cause migraines, such as contraceptive pills or certain types of sleeping tablets. Certain cancer treatments can cause migraines and extreme headaches as well, these are usually hormonal therapies for prostate or breast cancer, such as tamoxifen, letrozole, anastrozole, or exemestane. Chemotherapy, immunotherapy, and radiation can cause extreme migraines too. Lifestyle changes because of cancer and it’s treatments can also result in headaches, so it’s important to try and maintain a routine and manage any stress or anxiety you are experiencing.

What Are Some Natural Ways to Ease Migraine Symptoms?

Some migraines require medical intervention, and your doctor may suggest preposition painkillers or over-the-counter treatments. However, there are some handy natural remedies that you can try to help ease the uncomfortable symptoms and help you to get back on your feet.

Lavender has been used for centuries thanks to its calming properties and ability to help relieve the effects of stress whilst promoting relaxation. But did you know it might help to beat the symptoms of a migraine, too? Try a few drops in an essential oil diffuser or blend it with a carrier oil such as coconut or olive oil and use it topically or in a bath.

Peppermint oil is believed to ease the pain associated with migraines as it contains menthol, which can help to relieve muscles and release tension. You can try mixing it with a carrier oil and applying it to your forehead or temples for quick relief.

Acupuncture is a traditional Chinese medicine that involves placing needles at specific pressure points in the body. Evidence is mixed as to whether it can directly ease migraines, however, some people claim it can relieve or reduce symptoms. Just make sure to go to a trained professional to try it.

Ginger is a popular natural remedy thanks to its anti-inflammatory and immune-boosting effects. It’s thought to help reduce the strength and duration of migraines whilst relieving pain and nausea during the attack.

Some suggest a link between people who suffer from migraines and a lack of magnesium in their diet. You can find magnesium in foods such as legumes, whole grains, and spinach, or ask your doctor about trying a supplement.

Stress is a common migraine trigger – that’s why some people find practices such as mindful meditation useful for preventing attacks. Simply find a place to sit or lie down somewhere quiet and pay attention to the thoughts and sensations in your body without judging them. It’s simply being in the present and not thinking about anything else outside of your current state that helps reduce stress.

Another way to relieve stress and calm down your nervous system is to take a moment to practice deep breathing. Start by slowing down your breathing and inhaling deeply, preferably through your nose. Focus on the air as it moves in and out of your lungs and watch as your body starts to relax.

Dehydration can not only trigger a migraine, but it can worsen the symptoms of one too. It’s a common cause of headaches, even for those that don’t suffer migraines. So, remember, adults need to drink about 6 to 8 glasses of water per day to help keep the body in tip-top condition, and the color of your urine should help you understand if you’re drinking enough water.

Now you know the signs and symptoms of migraines, potential causes, and natural ways to ease the symptoms. Which method will you try first? 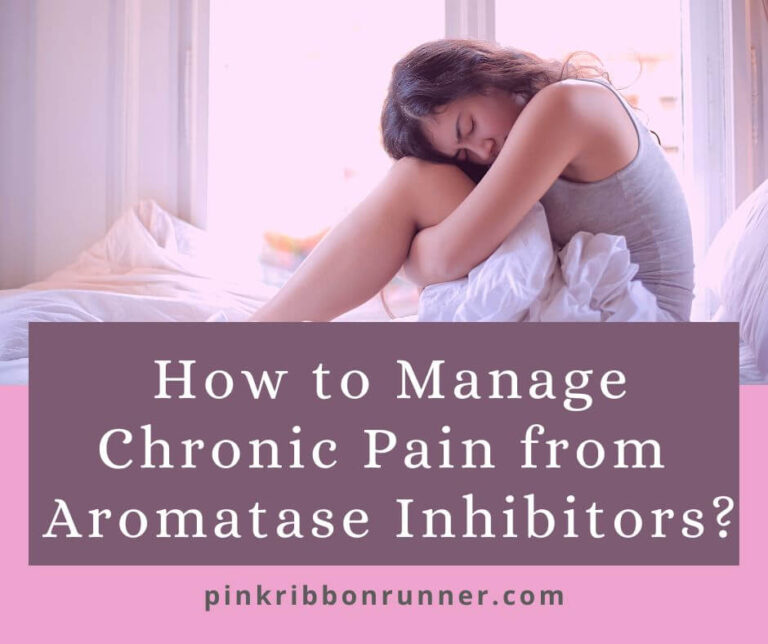 Living with breast cancer is difficult. Add in chronic pain and life can seem outright miserable.  But, this is a reality for many breast cancer survivors on hormonal therapy. Aromatase Inhibitors are a class of medications that can cause debilitating pain side effects.  It takes time to recognize this and learn how to live well… 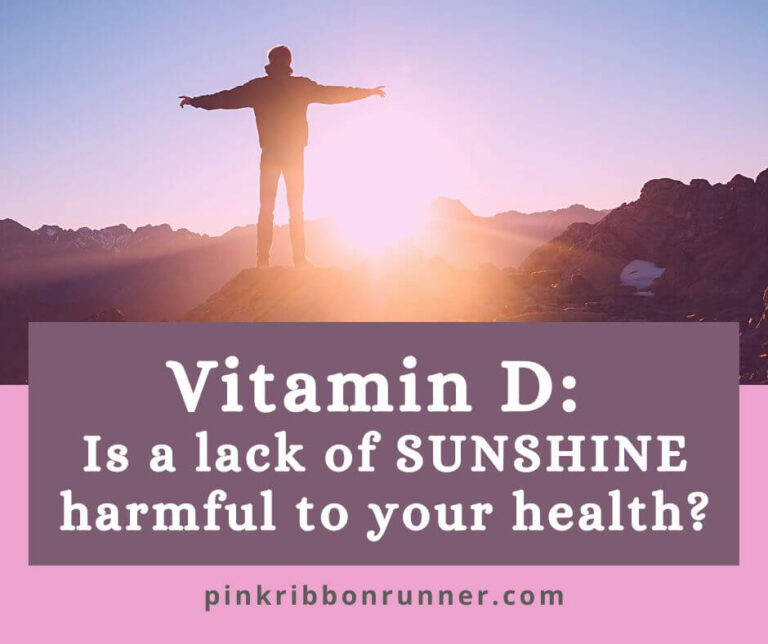 Sunshine is vital to your health because of Vitamin D. It is estimated that 80% of people in northern countries and over 50% of the world’s population are deficient in this essential nutrient.  Being stuck indoors, especially during winter months, is thought to lead to higher incidences of the diseases linked to low vitamin D… 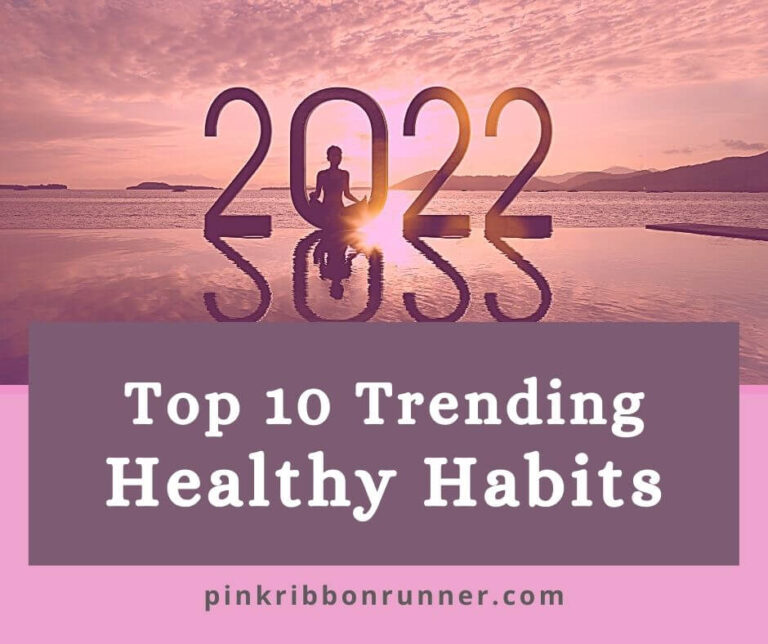 This post contains affiliate links. As an Amazon Associate, I earn from qualifying purchases. According to the World Health Organization, lifestyle-related factors are estimated to be responsible for one in four chronic illnesses, including cancer, globally. Chronic diseases are responsible for about 60% of all deaths worldwide. But research also suggests that we can improve… 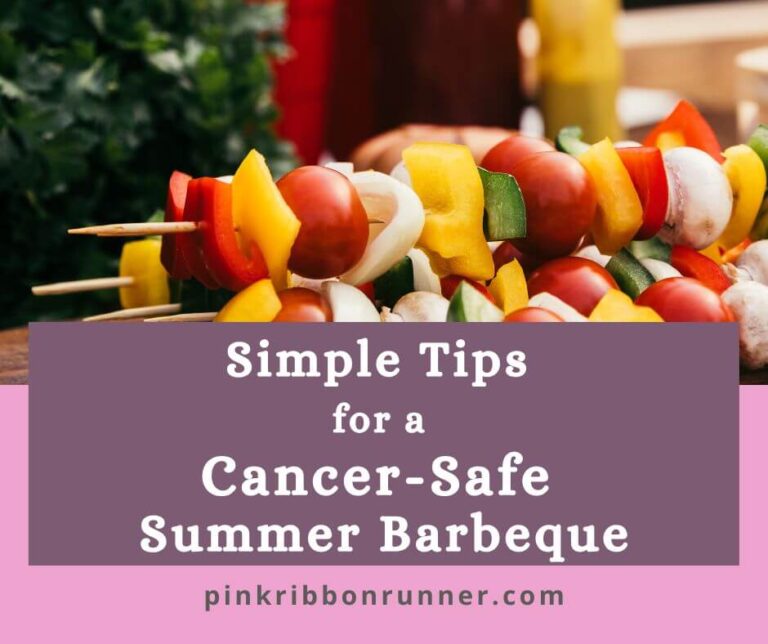 This post contains affiliate links. As an Amazon Associate, I earn from qualifying purchases. Summer is the perfect time to enjoy a family barbecue, but make sure to follow some cancer-safe tips to ensure everyone enjoys the meal without worrying about their health. Healthy eating is important to reduce the risk of cancer and cancer… 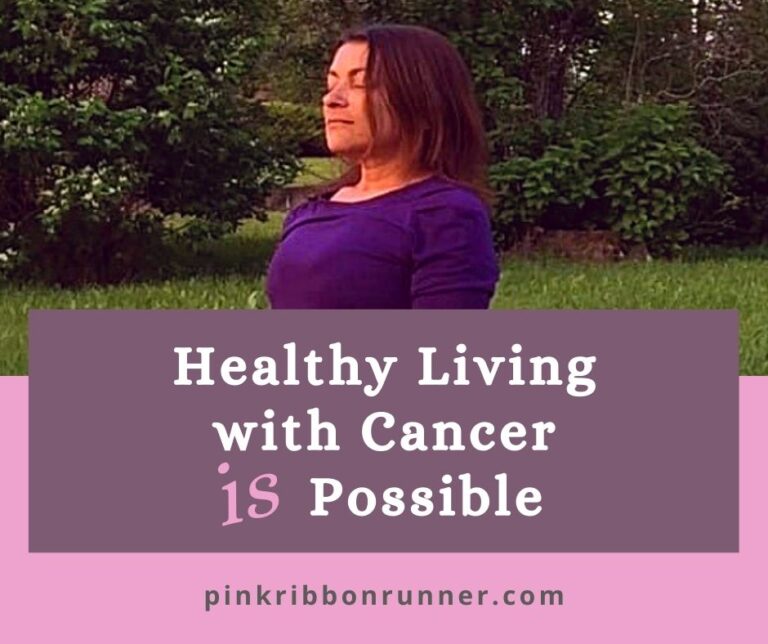 This post contains affiliate links. As an Amazon Associate, I earn from qualifying purchases. Don’t just live with cancer.  Live healthy with cancer.  No matter where you are with your health, there are 3 things you can do to help you live your healthiest and happiest life possible.  I have been blogging about healthy living…

This post contains affiliate links. As an Amazon Associate, I earn from qualifying purchases. Good health begins early in life. Cancer should no longer be considered an age-related disease. Young adults do get cancer. While current statistics suggest that as we age our risk for cancer increases, that is not a hard fact. Evidence shows…