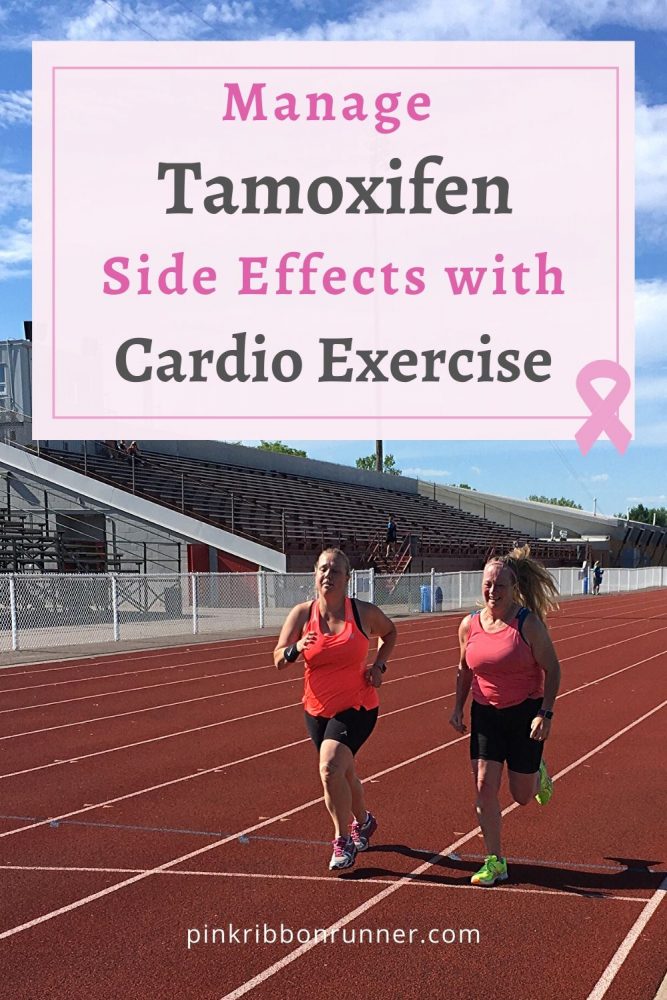 I didn’t really want to start taking Tamoxifen, although my oncologist recommended it.  I knew of the side effects and it worried me.  I had already thrown a blood clot and had liver issues as a result of my chemotherapy.  I knew tamoxifen was notorious for these side effects. But I wasn’t yet in menopause and this was the best hormonal therapy for breast cancer for pre-menopausal women at the time.

I Was Scared To Take Tamoxifen

Because of my fears of this drug, we tried the drug goserelin to suppress my ovaries from producing any estrogens.  I had estrogen positive breast cancer.  So, the cancer I had grew in the presence of this female hormone.  I definitely didn’t want my cancer to grow.  So, I tolerated these monthly injections.  The needle was very large and was administered into my belly.  I could not watch.

During the first injection, I made the mistake of looking at the needle.  This sent a wave of panic up my spine and into my brain. My goodness, that needle was huge!  I was a bit of a baby during that first injection.  My apologies to the nurse that administered it.

I was prepared for the next injection however.  I knew what to expect.  The temporary pain, the large hole in my skin and some bleeding afterwards would all heal in a short time.  I was ready for it this time.  I closed my eyes and went to my happy place… In my mind, I walked in the forest beside a babbling brook with the birds singing overhead.  I imagined myself in my favorite place out on the Sleeping Giant peninsula.  And then the injection was done, a small circular bandage applied and I was going home.

I was also placed on an aromatase inhibitor, exemestane.  A new research study said it was promising.  This combination of goserelin and exemestane was suppose to be very successful at keeping my type of breast cancer suppressed.  It seemed like a good idea at the time.  I was doing well on these medications, for a while, at least.

But All Medications Have Side Effects

My oncologist ordered a routine bone scan, as these drugs can strip bones of calcium and cause osteoporosis.  The bone scan came back saying that I had lost some bone density.  My doctor wanted to put me on yet another medication to help delay that.  I had enough of “more medications” and their side effects.  It was time to change things up.  We revisited the idea of tamoxifen.

I Decided To Try Tamoxifen

My oncologist suggested, again, that I go on tamoxifen.  That drug didn’t rob the body of its calcium as much as exemestane did.  I sighed.  Okay.  If it meant that I didn’t have to go on yet another, third medication, I would do it.

I wasn’t ready to go off all my hormonal medications just yet.  I was only out of cancer treatments for a year at that point. All the statistics said that I should be on hormonal therapy for 10 years.  So, I resigned myself to go on tamoxifen.  We dropped the goserelin and exemestane from my treatments.  I was just on one medication now. And no big needles!  Tamoxifen was a daily pill.  That was a bonus.

Things Were Going Well On Tamoxifen.

Running While On Hormonal Therapy

I had started running just after radiation treatments.  By the time I was switched to tamoxifen, I had run multiple 5 km races, a 10 mile road race and my first half marathon.  I had been running almost 2 years by this time.

It was during my training for my next 10 mile road race that I noticed my muscles weren’t responding like they use to.  Everyone else in my training group were improving, but I was going backwards.  The more I ran, the slower I got and the harder it seemed. I wrote about this in the article Tamoxifen and Running; A Little-Known Side-Effect.  It seems that the tamoxifen was interfering with my muscles ability to run and recover.

But, Running Helped With Other Side Effects

While the muscle issues bothered me at the time, because I wanted to run further and faster, it was no reason to quit exercising or quit taking tamoxifen.  Was it frustrating?  Yes, very much so.  But tamoxifen was preventing my cancer from returning and running was helping to manage other side effects of the drug.

Tamoxifen and cardio exercise are a very good pairing.  I just didn’t recognize that fact at the time.  It wasn’t until I started reading the science behind it that I fully understood the benefits of pounding the pavement while on tamoxifen.

Tamoxifen has been around since the early 1960s and is a well studied drug.  It was originally investigated as an emergency contraceptive but was scraped as it didn’t work that way in people.  Later, it was discovered as an effective treatment in breast cancer.  There are approximately 2 million prescriptions in the US for tamoxifen every year. There are a lot of people taking tamoxifen.

Tamoxifen blocks the actions of estrogens in the body.  Essentially, it binds to estrogen receptors in cells so that estrogen no longer has an effect. Without estrogen, breast cancer cells don’t grow. It can reduce the risk of recurring breast cancer by as much as 50%.  It can shrink some tumors before surgery.  And it can slow or stop metastatic breast cancer.  Those are some great reasons to take tamoxifen.

So, I faithfully took my pill every day, even though I was frustrated with my running.

Many Survivors Are Frustrated With Tamoxifen Side Effects

My heart goes out to each and every one experiencing side effects on tamoxifen.  It can be uncomfortable, painful and frustrating to deal with these.  And we have to deal with these effects for 5 to 10 years.  That is a long time to be suffering.

Common Side Effects of Tamoxifen

While the muscle issues I experienced isn’t a well known or common side effect, there are other side effects of tamoxifen that are very bothersome.  There is a long list of potential side effects of this medication, including…

That isn’t even a complete list of side effects.

It is estimated that about 1/3 of women stop taking tamoxifen before 5 years.  They choose to stop the medication because of the side effects that they are experiencing.  This saddens me.  They are playing a risky game because tamoxifen can be very effective at keeping breast cancer away.

However, each one of us has to balance our quality of life with potential for quantity of life. So, I don’t blame these people in the least. Side effects of the drug can be debilitating for some. It is important to talk to your oncologist about any side effects you are experiencing.

But There Is Hope

Numerous studies have shown that something as simple as getting our hearts pumping can help with the side effects of tamoxifen.  Activities that get us breathing heavier and increasing our heart rate, such as walking, running, biking or swimming, can help us feel better.

Cardio Exercise Can Minimize Side Effects AND Increase Efficacy

One interesting study that I came across was looking to find out why exercise helps those taking tamoxifen.  The study was in female mice, so it isn’t known yet if this also occurs in people, but the results are very interesting.  They found that mice who exercise and mice who take tamoxifen had the same outcome. But, when they treated the mice with BOTH exercise and tamoxifen together, they had significantly greater effects on serum estrogens and breast cancer markers.  The researchers concluded that “exercise training plus tamoxifen can inhibit tumor growth”

Other Benefits of Exercise for Breast Cancer Survivors

Women with a higher VO2 max (from aerobic workouts, such as running) are less likely to experience side effects of cancer therapies.

Even Walking Can Benefit Survivors

With these statistics, of course I want to get in some cardio exercise!

I Continued to Take My Tamoxifen & Run

Did I have hot flashes?  Yes.

Did I have bone pain?  Yes.

But given the research, I probably experienced less of these annoying side effects because I ran.  And, after talking with many breast cancer survivors who take tamoxifen, I can say that I definitely didn’t have it as bad as some.

Was this the result of my running?  I can’t say for sure.  But science says that it is likely.

Even Though I Struggled, I Discovered Something Wonderful

Even though I struggled with running faster and further while on tamoxifen, something wonderful happened.  I stopped pushing myself so hard to improve.  I took the pressure off and started to just run for fun.

The Joy of Running

That year, I ran my most fun half marathon ever.  I ran the inaugural Kakabeka Falls Legion Half Marathon with a buddy.  And we had an absolute blast.  When I slowed down my pace, I was able to take in all the sights and sounds of the event, including all the fabulous people.  We stopped at all the water stations and chatted with volunteers.  We stopped along the course to take selfies and pictures of the gorgeous waterfall.

Towards the end of the race, we had been passed by all the other participants and were followed by the ambulance and army medics.  It was hilarious.  My favorite run photo of all times is the one of us and the ambulance.

Some of the other runners came back out to run us in to the finish. And, we received the loudest cheers as we crossed the finish line.  It was the best race, as it was the most fun.

And I was out there getting cardio exercise, reducing my risk for side effects of the notorious tamoxifen. Double bonus!

150 Minutes of Cardio Exercise per Week

I hope that you can fit some cardio exercise into your life. The minimum recommendation is 150 minutes per week. If you want to start walking, check out the Pink Ribbon Runner post on Walking Yourself Fit. And if you are ready to take up running, check out this guide on How To Start Running. I also have a guide on Hiking. Cycling, swimming and cardio classes are also great options. What ever cardio workout you decide to try, start slowly and stick with it. You will feel so much better. 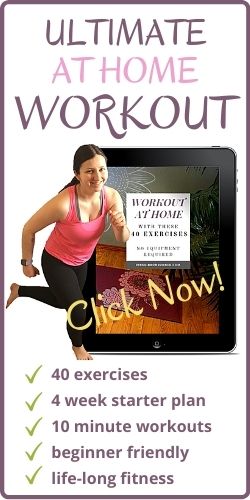