The Black Fly Half Marathon is a great race that few have heard about. The race course follows a scenic route nestled in the hills of Wawa, Ontario, Canada. The route is both challenging and beautiful. It is a peaceful run with fun and friendly people. I am so glad we found this off-the-grid half marathon.

We enjoy camping and hiking in the area

My husband and I have been camping around the Wawa area since we were dating, many moons ago. Our first camping trip together, in fact, was to White Lake Provincial Park, about 130 km north of Wawa. We had a campsite on a private little section of the beach. Here we sipped on our morning coffee as the sun rose over the lake. It was beautiful. We have gone back many times since.

We have also camped at Rabbit Blanket Lake in Lake Superior Provincial Park. This is such a splendid Park with an abundance of hiking, canoeing, kayaking, swimming and exploring opportunities. We have many happy memories here over the years. Visiting many times, our children have grown up playing on the shores of Lake Superior here. Rabbit Blanket Lake is only 30 km south of Wawa.

So, when we found out that there was a half marathon in Wawa we were fully on board with the idea of running it.

2019 was the year our friend, Ashley, was going to run it. She grew up in Wawa before moving to Thunder Bay to go to school. I saw Ashley progress in her running during her training for a 10 mile road race to running a half marathon. This year she gathered up a group of our running buddies together to make the trek to Wawa to run the Black Fly Half Marathon. My husband and I jumped at the chance to run this not so well known race.


We left Thunder Bay on Friday morning and drove to Lake Superior Provincial Park to set up camp at Rabbit Blanket Lake. After setting up, we headed back into Wawa to visit with our friends. Ashley hosted a delicious spaghetti dinner for her family and friends that night before the race. There were 2 kinds of pasta, delicious sauces and salads. I enjoyed the meat sauce that had the perfect bit of zip to it. It was a great evening to end our long day of travel.

The next morning we woke up early to get ready for the race. After having camp coffee and muffins for breakfast, we drove the 30 minutes back into Wawa to meet our friends before the race.

We found our friends at the start line and chatted with excitement about the race ahead. We did a short pre-race warm up before lining up. There were only 21 people registered for the half marathon that year. There was also a 5 and 10 km event that started an hour after the half marathon runners.

The start of the race

The gun went off at 8:00 AM and we were running. The route circled around the community center before heading out into residential streets.

About 1 km into the race a local resident had set up a water station. I didn’t need water at that point, but the little girl helping her mom hand out water was adorable. When I saw the eager look on her face, I had to take a cup from her. I thanked her for the water.

The route then winded up over a hill towards the hospital and down again to the water front. This was foreshadowing of what was coming.

I continued to run, obliviously happy to soak in the beautiful scenery at the waterfront. I stopped briefly to take a picture, not really caring about my finishing time. This was not my 2019 goal race. I was running for pure enjoyment that day. I had no expectations except to finish the Black Fly Half Marathon, hopefully without eating a black fly or two along the way.

I snapped a lot of pictures on the route. It was a beautiful course.

The route went out and back along Ontario Highway 101

After the waterfront the route headed out to Highway 101 towards Chapleau. I was not familiar with this road and that was a good thing. If I had known how hilly this part of the route was, it would have messed with my head. I would have ran the race more cautiously and sparingly. As it was, I was blissfully unaware of what lay ahead.

I continued snapping pictures as I ran along the highway until I figured I had enough scenery photos. I put my phone away and decided to just run.

The race course was beautiful and peaceful

It was an out and back course, so when I saw the first half marathon runner coming back, I cheered loudly. There were only a few volunteers scattered along this section. No cheering fans. Just the peace and quiet of water trickling down the rocks and birds singing. So, when I saw the other runners, I whooped it up a bit.

My husband appeared in third place coming back down the highway, fairly close behind the second place runner. I stopped to take some photos of him running.

The runners in the race were a lot of fun

This gave me the idea to take photos of the other half marathoners as we crossed paths along the route. It made the run out along the highway so much fun. Each runner hammed it up for the camera. I got some good shots. I didn’t really feel the hills going out, as I was having so much fun taking pictures and cheering on the other runners.

The hills were a little less fun

But there were hills. Up and down, up and down, up and down I ran. When I saw the water station towards the half way point, I again cheered. However, when I reached it, the volunteers there told me that it was not actually the turn around. They pointed further down the highway. After sighing, I sucked it up and kept running, knowing full well that I would have to run all those hills again to get back to the finish line.

I did it though. I ran back up and down those many tall hills on the highway. The elevation gain was over 1000 feet, when I looked at the Garmin stats later. I ran back to the waterfront, up past the hospital and around to the residential area. The little girl had already packed up and had gone inside.

Total race distance was slightly more than a half marathon

I wasn’t back to the community center yet when my watch clicked over to 21.1 km. Very tired at this point, I kept running, of course. The hilly half marathon was more than a half marathon distance.

I was surprised with my time at the finish

When I reached the finish line, the clock said 2:31.44. I was thrilled. I had only managed to break the 2:30 half marathon time last fall during the Scotiabank Toronto Waterfront Half Marathon, which was a flat and fast course. Here I was at just over 2:30 despite stopping to snap photos on a very hilly and long course. Those hills were killer. Looking at my Garmin stats after the race, I discovered that this was the most challenging half marathon I have ran yet. I was very happy with myself.

My friends also did well in the race

My husband overtook that other runner that was ahead of him, coming in second place overall. Ashley’s good friend, Crystal, came in 1st female. Our friend, Sherri came in 3rd place. Our group of friends swept most of the awards.

The finish line smorgasbord was amazing. There was coffee, hot chocolate, watermelon, strawberries and bananas, of course. For a small race in a little-known town, the event was top notch. It even had chip timing.

And I did not even see one black fly, let alone swallow one on the run.

Brunch at the Embassy

After the run, we all headed to the Embassy Restaurant for brunch. There were quite a few runners here. It seemed to be the place the locals went. The food was good and the portions huge. With prices from the 1980’s, you can’t go wrong. It was a nice treat with friends before we headed back to our campsite.

Plans for more hilly punishment in 2020

Sadly, 2020 will be the last running of the Black Fly Half Marathon. We are making plans to go back and run the last race. It will be the 20th anniversary of the event. It will be a sad day, as we just discovered this little gem of a race.

The next day, my husband and I explored some of the areas around Wawa and Lake Superior Provincial Park. The boreal forest, lakes, rivers and waterfalls in this area are beautiful. It really is a great place to visit.

If you are looking for more great adventures, check out our Races and Places section at Pink Ribbon Runner. 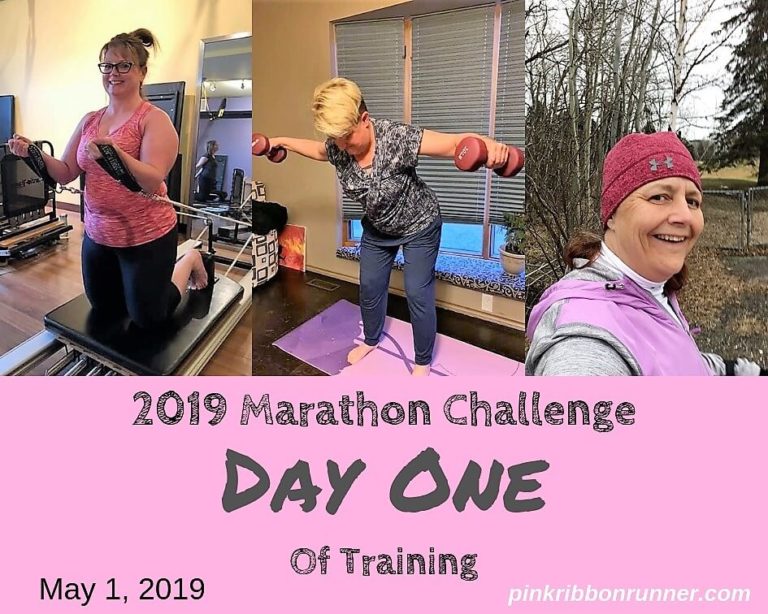 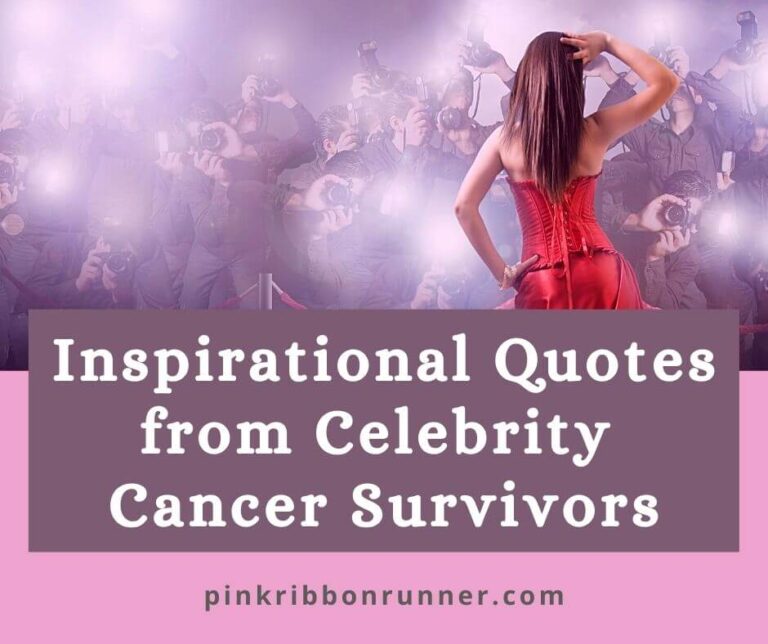 This post contains affiliate links. As an Amazon Associate, I earn from qualifying purchases. Cancer does not discriminate. It can hit anyone, anytime during career or life. We hear about the celebrities who are diagnosed with cancer in magazines. More often news articles are about famous people who have died from cancer. But there have… 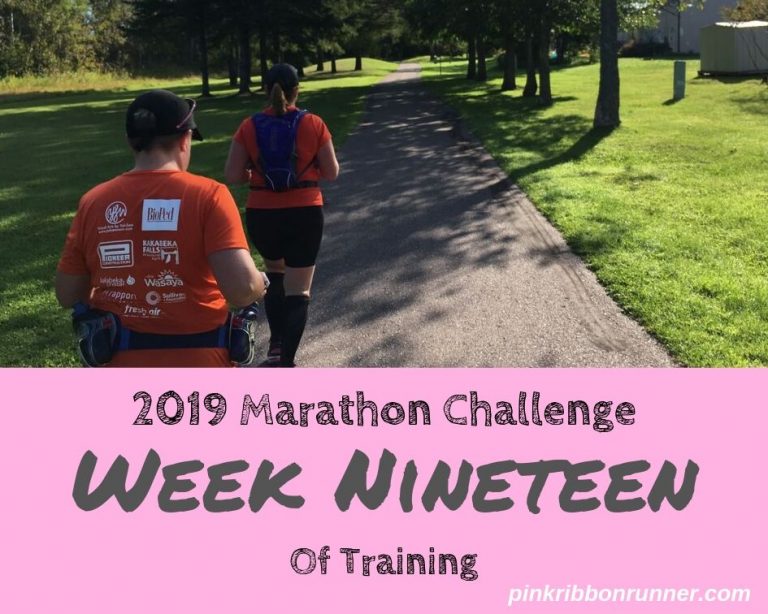 Training for our first marathon has peaked at Week 19, which had us running 20 miles yet again. The training so far has been a whirlwind of fun, laughter, friendship, pain and mental struggle. The Struggle Buster Trio of Stephanie, Anita and Tricia (that’s me) are feeling the effects of all this training. It is… 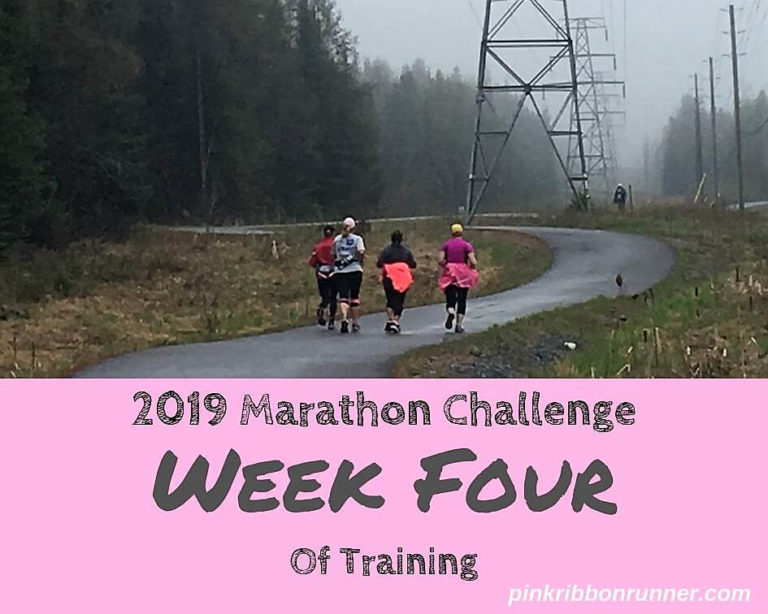 This post contains affiliate links. As an Amazon Associate, I earn from qualifying purchases. The Struggle Buster Trio are progressing well in these early weeks of marathon training. Week Four marks one fifth of the way through our training plan. The weekly mileage will now be steadily increasing. This week saw us running 12 miles,… 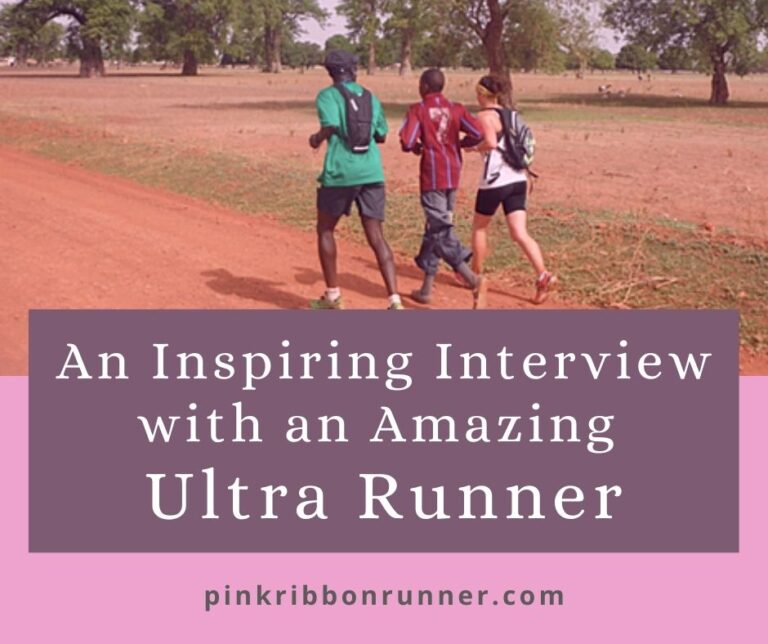 This post contains affiliate links. As an Amazon Associate, I earn from qualifying purchases. Ultra Running is a sport that involves running very long distances. The standard definition is anything more than 26.2 miles (a marathon). However, the shortest distance for most ultramarathons is 50 kilometers, which is a little over 31 miles. And there…